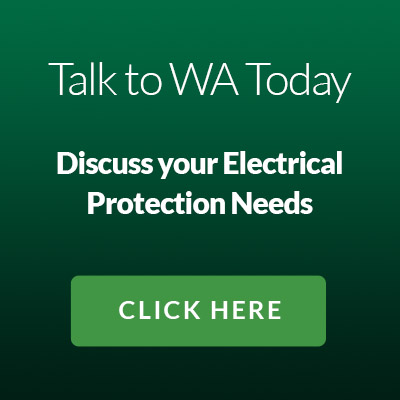 Double Grounded Neutral (DGN) presents two serious issues for RCDs and user safety. The first is a shift in sensitivity, desensitising the RCD and the second is blinding of the RCD. Both scenarios can result in reduced safety for users.

TN type installations are the most likely scenario for Double Grounded Neutral problems. In a TN Type installation there is a live, neutral and protective earth wires distributed throughout the installation and travel through each socket outlet.

The neutral wire is connected to ground at the origin of the installation which is referred to as a grounded neutral. This is perfectly normal and ensures that the neutral wire is always at ground potential and cannot present a shock risk. A shock risk can only arise from the live wire that has a typical voltage of 230 volts with respect to ground.

Double Grounded Neutral problems occur on the RCD when the neutral conductor is grounded for a second time. The live and neutral wires pass through the current transformer in the RCD and if that neutral conductor is grounded for a second time after the CT we suddenly have a DGN condition. We now have a ground connection on the supply side of the RCD and another ground connection on the load side of the RCD. These two connections form a loop where the neutral wire passes through the RCD with a grounding on the load side down to ground. The ground return path provides the second part of that loop and travels back to the original grounding of the neutral. This loop has two effects on the RCD. It can act as a load on the RCD, shifting its trip point upwards substantially depending on the impedance or resistance of the loop. The second potential effect is blinding of the RCD. Under a ground fault condition a current will flow back through the second neutral grounding and through the neutral loop. In this case the RCD is unable to see the full fault current. It can only identify a portion of the fault current and depending on the portion that is identified it may not be sufficient to be recognised as a fault by the RCD. As a result, it will not trip.

In the United States, Canada and Mexico, Double Grounded Neutral faults are considered to be totally unacceptable due to the increased level of risk this condition can pose. The RCD is compromised and so cannot provide protection. As a result, there is a requirement in these countries to detect such faults. Manufacturers are required to develop solutions that ensure that the RCD will detect the DGN fault condition and trip, effectively putting the RCD out of use until the DGN condition has been rectified.

The STEOL feature offered by Western Automation ensures that the DGN condition is detected and the RCD is put out of use rather than have protection compromised by this condition.